A Buyer’s Guide to the Different Types of Shower

Buying a shower requires a lot of research and work as the type of shower you choose for your bathroom depends entirely on the type of plumbing system in your home. With so many different types of shower on the market, it’s not an easy decision to make.

What’s more, showers are more than just somewhere to wash, they also serve as a therapeutic space to relax and unwind too. Therefore, it’s important to plan your bathroom properly and select the best type of shower to suit your personal needs.

Here at Showers to You, we are here to help you find your perfect shower. Whether it be a large walk in shower, an over bath shower, eco-friendly or digital, we are here to advise you to help transform your bathroom into a peaceful haven you can escape to.

What are the different types of shower? 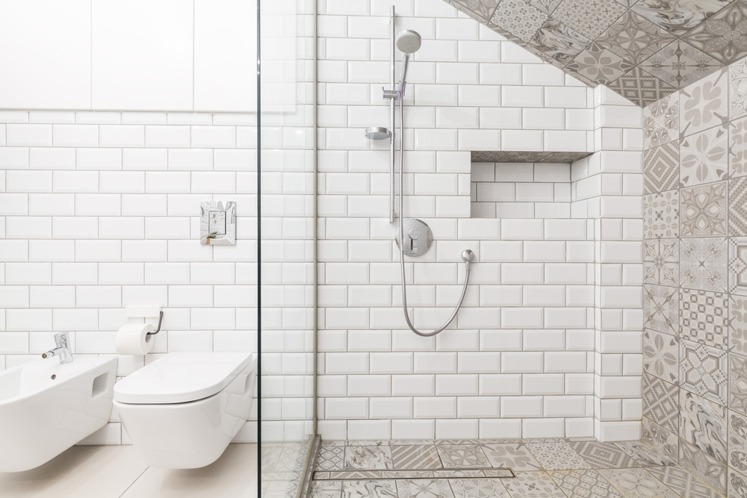 When you’re looking to buy a shower, with so many different types of shower to choose from, picking the right shower is by no means easy. In our shower buying guide, find out what each shower does and how they work, to find the perfect shower for you and your home. Click below to navigate between each section:

– What is an electric shower?

– What is a mixer shower?

– What is a power shower?

– What is a digital shower? 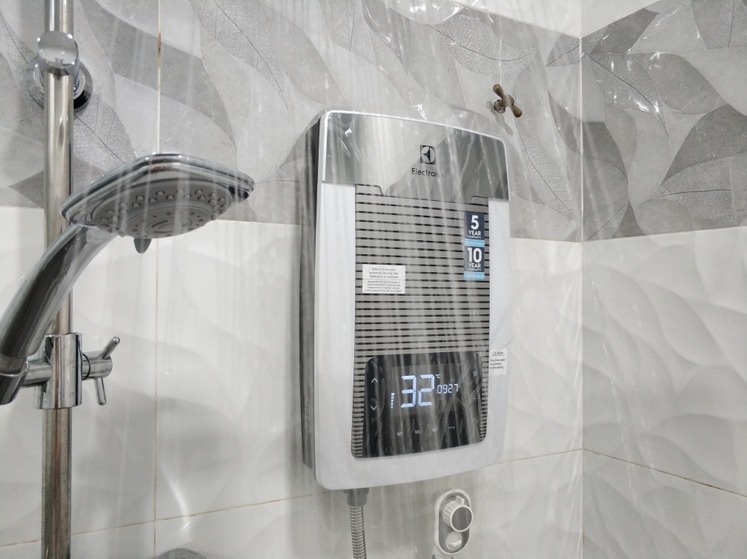 What is an electric shower?

An electric shower system can be used in any home, irrespective of the water system installed. Therefore, as a result, this means that hot water can be heated up in an instant, as opposed to mixer or power showers which take time to warm the water to optimum temperature.

How does an electric shower work?

In contrast to other types of shower (such as mixer or power showers), electric showers work by taking water from your home’s cold-water supply, where it is heated inside the shower. This means an electric shower is ready to use around the clock; there is no need to wait for water to warm up in the heater first before stepping in. 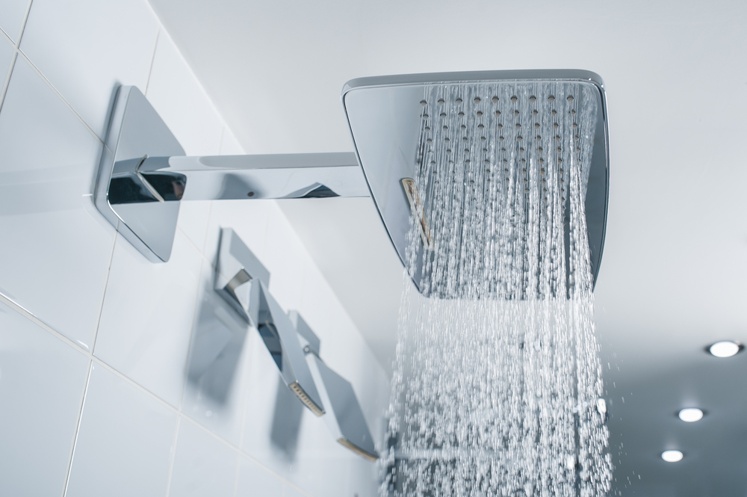 What is a mixer shower?

A manual mixer shower is a type of shower that most households are familiar with. Exactly as the name insinuates, the shower mixes the hot and cold water together, to reach the perfect temperature. Although, in order for the shower to work at full capacity, your home must have a good supply of hot water and have a high water pressure.

They can be installed on the wall with a handheld shower set, which can be attached – often why they are the preferred option for shower baths. All you have to do is turn the taps on, like you are running a bath, pull the diverter switch and the water will flow through the shower head instead. Although, while manual mixer showers are the ideal solution for shower baths, they can also be installed into a shower enclosure too.

Note: If you have a young family, you may want to think about installing a thermostatic mixer shower, which allows you to set the temperature more specifically, avoiding the risk of burning yourself.

The vast majority of mixer showers can work with any water system, but it’s important to remember that because they take water from your existing water supply they will not increase the flow of water to the shower. Therefore, this means if you have poor water flowing from your taps, the same will happen in the shower. 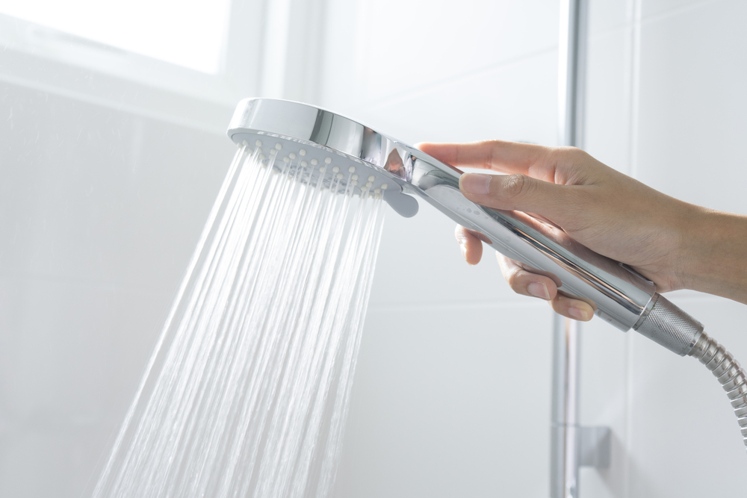 What is a power shower?

A power shower is very similar to a mixer shower, as it uses water from both the hot and cold taps to create the optimum water temperature – they are usually thermostatically controlled for safety too.

Essentially, a power shower is simply a mixer shower with an internal pump installed. Mixer showers are usually installed into homes which typically have low-pressure, such as a gravity-fed water system. Therefore, many people install an additional booster pump, which helps to increase the water flow rate from your shower head and improve shower power.

How does a power shower work?

Power showers draw from both hot and cold water supplies and include a pump to boost the flow rate of your water. Power showers can either come with a manual or thermostatic control system, depending on your bathroom needs.

There are two different types of shower pumps available: plastic and brass. The plastic option is reliable and considerably cheaper in comparison to brass. However, it is worth noting that plastic variations can be noisier when in operation and may need more maintenance work. 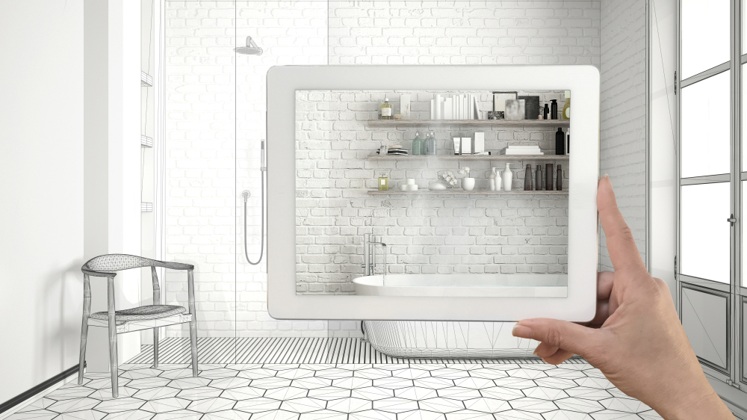 What is a digital shower?

A relatively new type of shower is the digital shower: an advanced form of thermostatic mixer shower and has been hailed a revolution in shower technology. Digital shower systems work in a very similar way to mixer or power showers but allow more control over the temperature thanks to a wireless digital shower panel installed in the shower, which ensures the perfect temperature for you is met each time you wash.

Some digital-operating showers can be used via a controller or phone, bringing a touch of luxury and convenience to any home. You can easily set the shower to a ‘warm-up mode’ at the touch of a button, which gently heats the water to your preferred temperature before you step in – no need to dip your toes into freezing water anymore!

In addition, digital showers are the ideal solution for old houses where you may need to install a new shower system, as the work is minimal compared to other shower types. Installation of the pipework and pump can be installed into the loft space above your bathroom, with the shower head coming through the ceiling. This can avoid running electricity and plumbing through the house to the bathroom, concealing any pipework to the eye.

Whichever shower option you decide to opt for, we have a range of shower fittings and accessories to complement the look and style of your bathroom. If you have a suitable water system, you could add a bit of luxury to your bathroom with oversized shower heads or even body jets; here at Showers to You, we have everything to suit every style and need.

© Showers to you 2020. All rights reserved.
eCommerce web design by purpose media